My personal integrity is more important to me than money. I am confident in my values and aware that maintaining my boundaries is what will enable my modelling to be sustainable and as enjoyable as it is.

Sometimes imposing limits (on creativity, your time, or on your output) is the most liberating thing you can do. It amazes me that some people don’t protect themselves from other people’s demands, and from their own addictions to achieving what they think (and often this thinking is unexamined) is ‘successful’. I have felt (since I started modelling 3 years ago) that I have never reached my ‘potential’, that I don’t shoot as much as I could, I could travel far more (though I am travelling across Europe and across continents a fair bit these days, with global plans emerging for October onwards) that I should either shoot more or less (but can never decide which it is), that I should accept more bookings even if I don’t like a photographer’s portfolio or trust in their abilities, that I should give people a version of myself that they want…

…But then I think, actually, I’m doing it fine. I have to protect how much I love this ‘vocation’ by listening to my inner voice and blocking out what other people might be impressed by.

Some of my (quite mundane, actually) self imposed rules include:
– Don’t work on Sundays. I generally don’t now, unless on a trip, as I have been brought up to see Sundays as special, and involving walks in the countryside, family time and rest.
– Don’t shoot more than 3/4 times a week; my writing discipline would suffer, as would (probably) my enjoyment of modelling, which can be emotionally as well as physically demanding. Again this rule disappears when on trips, and in practise working every day can be energising and intensely creative, just not if it’s longterm. I usually take a few days off every month and value that time to catch up on other things and rejuvenate.
– Don’t shoot work which is overly sexy or provocative, whether nude or clothed. This is kind of frustrating for myself in some ways as (throwing all modesty out of the window, in both senses), I know that I would be bloody good at it. It’s also a lot of fun. However, that sicky ‘hhhm, what am I doing?’ feeling I would probably get shortly afterwards would not be enjoyable and is just not worth it for me, and doesn’t sit well with my beliefs or values.
– Don’t accept agency booking for shoots that advertise things I don’t particularly want to put my face to, however wonderfully paid they might be and however pleasing I would be to the agency if I were to accept all castings/bookings like a good little model. NO to the BP/Shell ads. In fact, ‘no’ to the general effing business of telling people they need things which they clearly don’t. Art is much more honest; I’m prouder of being naked on the internet for art than I would be for some other quite ‘normal’ things.

Here is me gazing wistfully into space while double-checking my boundaries (taken in Mexico by the lovely Gerald Oar): 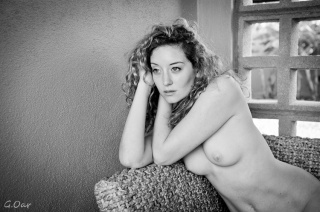 And by Neil Huxtable: 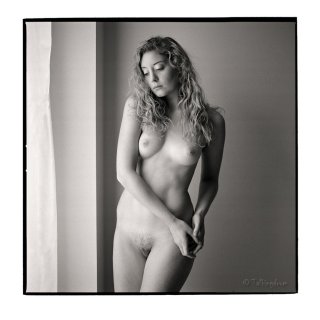 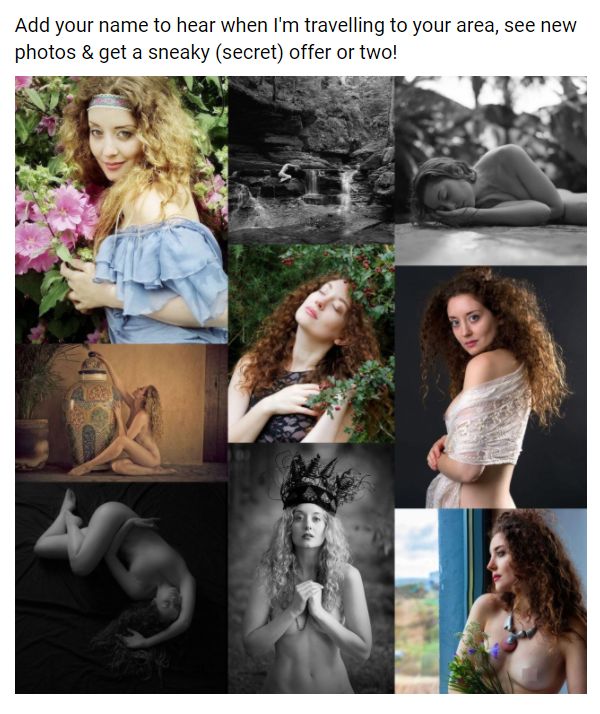