This morning I wrote roughly a million words of my WIP. Feeling very inspired at the moment, if a little exhausted after a much needed 24-hour jaunt to a place I adore. And now I’ve just come back from a garden centre, of all places. Why is buying birthday presents for my Dad so difficult?! Anyway, I think I’d quite like my own garden one day, if only so I can buy pretty watering cans. Sadly, though, I never even remember to water anything when I attempt to have plants on my window sill. After I came back from Amsterdam, I put one of those one-euro tulip bulbs into a pot, only to discover, months later (and, I admit, having never watered it), that the bulb had completely disappeared. It wasn’t there anymore. I had been displaying, in this non-fruitful but expectant interim, a small pot of soil. I imagine it had given up on me and decided to disintegrate, thinking ‘I’ll just be soil, it’s easier’. I hope one day I’ll be the sort of person who can water a plant. In the meantime, and between some other things I’m doing today, I thought I’d post a quick miscellany of images I haven’t blogged yet, but which I love, with thanks to the photographers.

By Eddie Ray, taken at Paul’s Studio, Reading (inspired, of course, by Rossetti and Arthur Hughes): 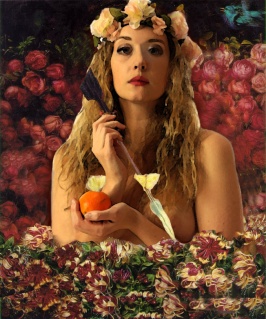 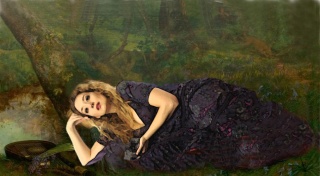 By Davefish, taken at Eye For An Image Studio in Banbury, Oxfordshire:

5 thoughts on “Bulbs and Benches”